Calling All Cilantro Haters! We Know You Don’t Like “Soap” In Your Salads So Here Is an Awesome Collection of Salad Recipes with No Cilantro.

Cilantro is the mother of all great divides. The word “hate” has never been more liberally used than by those who abhor the herb. In fact, they are almost proud of it, taunting us cilantro lovers with memes designed to ignite a vegetable brawl.

Before we understood this unimaginable distaste, it was incredibly difficult to empathise. How could this refreshing, earthy, citrusy and tart herb that elevates so many dishes around the world, be so gross to so many?

We use to categorise cilantro haters as “fussy eaters” and cilantro lovers the world over would roll their eyes when they would watch their friends and families pick out the cilantro one by one. Or even worse, having to create a separate portion of your signature dish just for that one friend (you know who you are!).

The common complaint that cilantro tastes like soap must have sparked the curiosity of Cornell University when in 2012 they decided to conduct a study with approximately 30,000 people. The results were fascinating and revealed that there is one specific gene, OR6A2, an olfactory receptor, that causes the dislike. This gene is particularly sensitive to the scent of aldehyde chemicals, which also exists in soap.

So, cilantro haters, it’s in your genes. Whilst we all have this gene; your olfactory abilities are more heightened which makes some odours more pronounced and acute than others. This explains why all cilantro haters think cilantro tastes like soap.

This finding however brings about conflicting emotions for us cilantro lovers. Now we have no choice but to be a little bit more sensitive about your vehement dislike which frankly, was so much more fun when we could outrightly groan with frustration. Haha! But most of all, empathy has turned to pity. Your inability to enjoy this diverse herb across so many signature dishes is well, just so darn sad.

Alright, alright…..despite your genetic failings, we still do love cooking for you. We don’t want you to miss out on some of the tastiest salad recipes you’ll ever come across. As a result of that, we have compiled for you, some of our favourite salads that DON’T have cilantro.

NO SOAP FOR YOU! 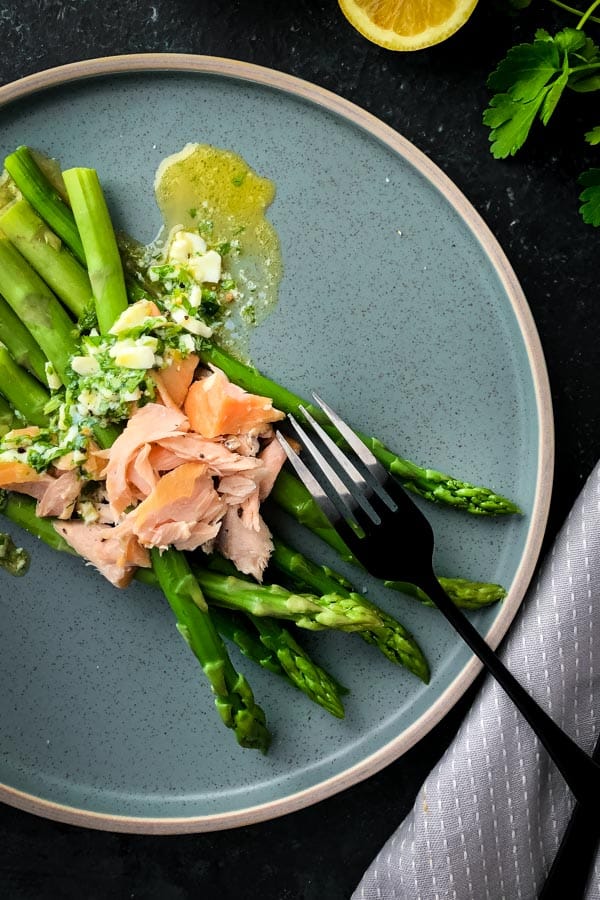 Easy and delightful. Who doesn’t like that? Our Asparagus and Hot Smoked Salmon Salad is quick and simple to whip up.

The delicious lemony, herby and silky parsley egg dressing will take the dish to another level. 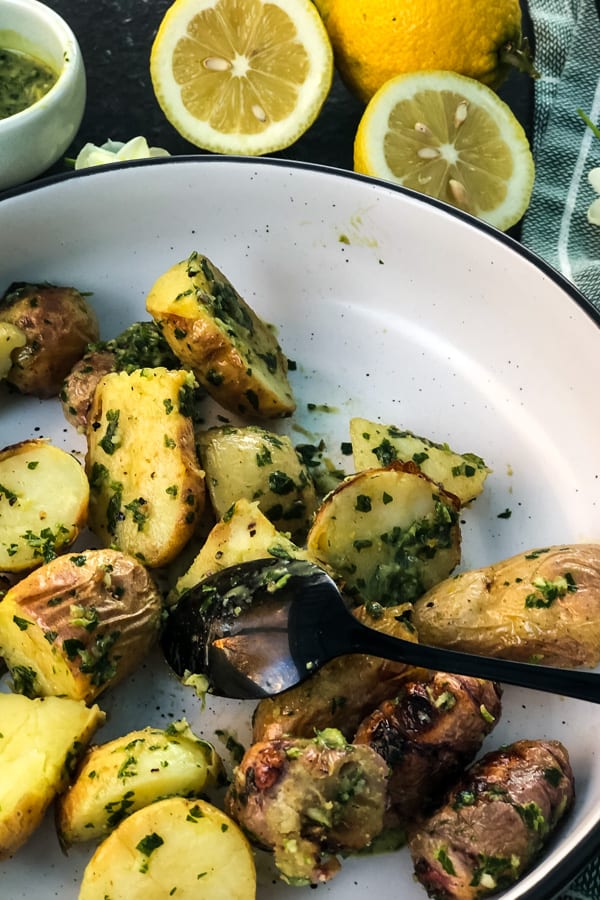 A great addition to summer barbeques or winter roasts. 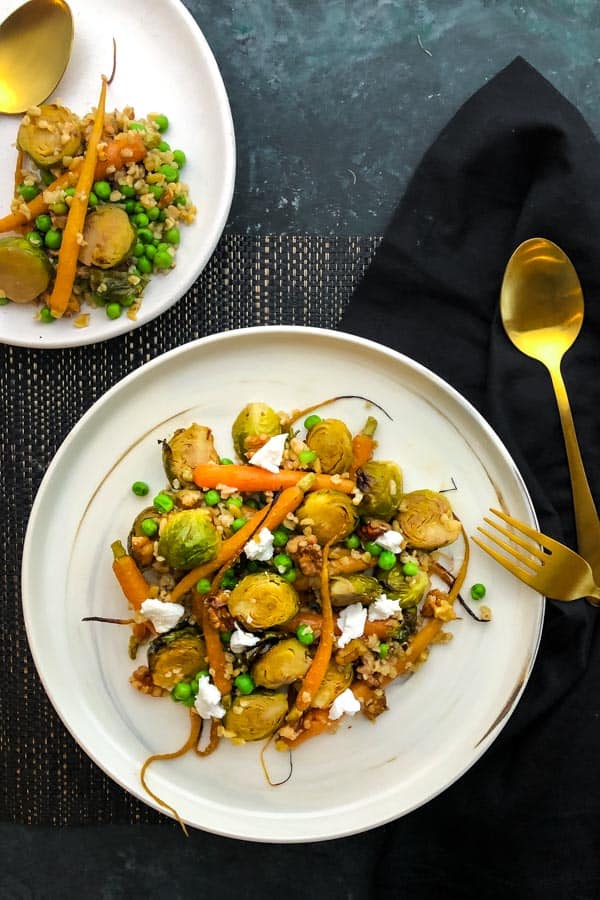 Along with the nutty texture of freekeh balanced with freshness of peas and rounded off with creamy goat’s cheese, our warm Brussels sprouts salad is insanely flavoursome. 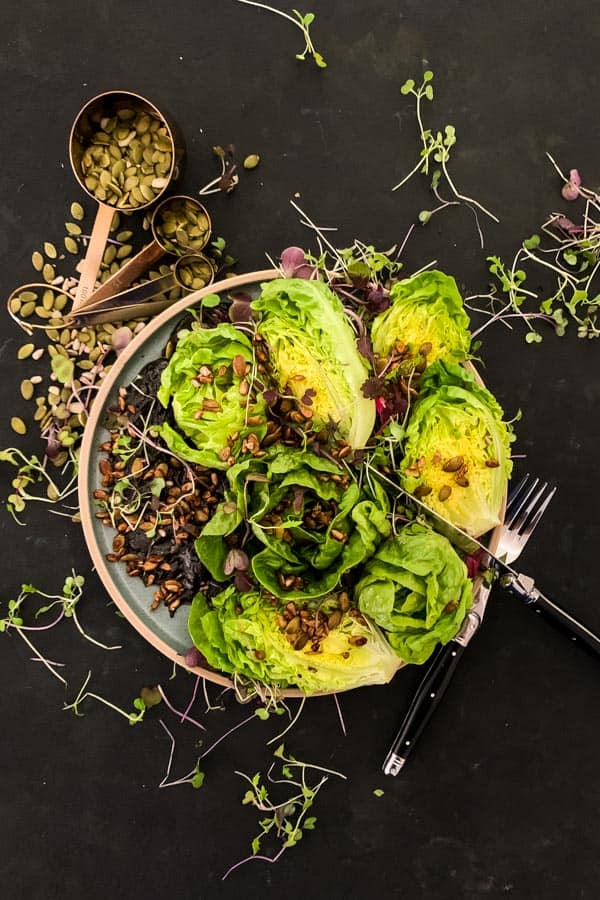 Would you like to create a piece of salad artwork in just 20 minutes flat?

We’ll show you how to do exactly that when you combine the crispness of the baby gem lettuce, the splatter of the tar-like black tahini and the ever so umami tamari seeds.

A vibrant and healthy mango recipe that is punchy and with a whole lot of tropical vibes.

Bold spicy Asian flavours that will definitely get your taste buds moving.

Delicious texture with tofu skin, cucumber and cauliflower mixed with a chilli black vinegar dressing that is spicy, sweet and sharp all at the same time.

Ah autumn and winter how we love you! Tis’ the season to enjoy this divine Persimmon Salad topped with moreish candied hazelnuts and flaky coconut chips. 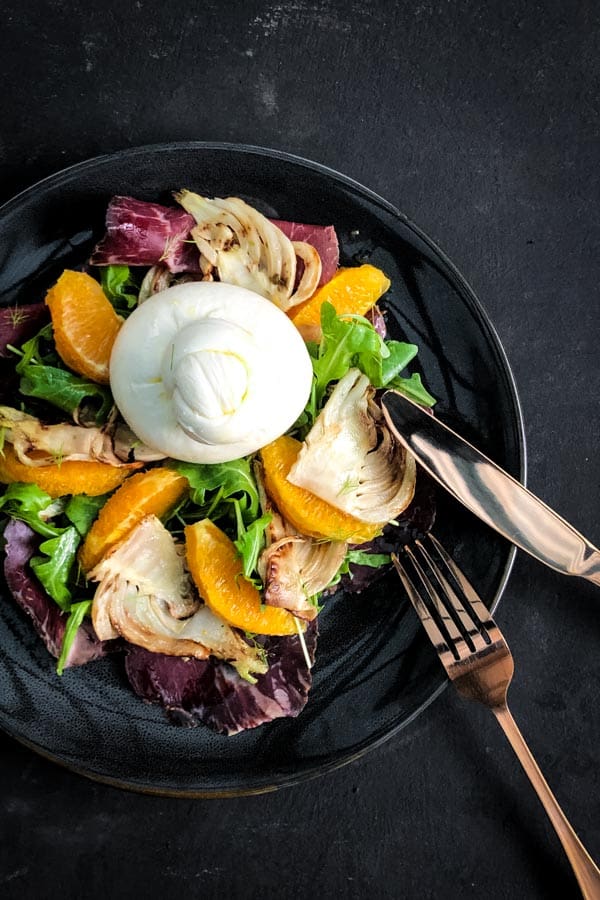 This fennel and orange salad with the stunning look of the burrata will definitely get the oohs and ahhs from your guests!

Is It Cilantro or Coriander?

Cilantro is the Spanish word for coriander and used widely in the US and of course Spanish speaking nations.

The word coriander derives from Old French: coriandre and is widely used in the UK, Australia and Asia.

Once a ‘forbidden rice’ due to its rarity, this Black Rice Salad is an impressive recipe.

Enhanced by the elusive purple broccolini, saltiness from the anchovies and the decadent undertones of buttery breadcrumbs, this salad deserves a place on your dinner table. 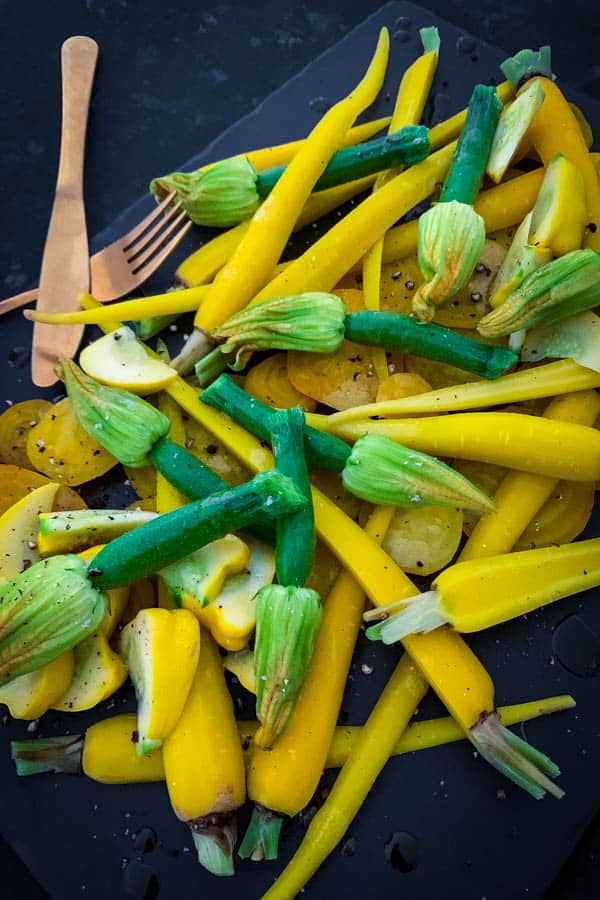 Zucchini flowers are such special ingredients. Beautiful to look at and delicious when devoured.

Let’s spoil your friends and family with this gold and yellow themed salad!

The citrus yuzu jam creates a delicate aromatic dressing that provides a perfect counterpoint to the crunchy shaved Fennel and Apple Salad.

Topped with fresh succulent prawns and salty tobiko, this is an exquisite salad!

A Roast Pumpkin Salad is nothing but goodness served on a plate.

Envelop it with the pop of Israeli couscous, crunch of an apple and smeared with tahini dressing, it’s a match made in heaven!

Add a touch of gourmet to an otherwise easy recipe.

Your guests will be so impressed with the delectable truffle tones in this quail egg salad.

A special occasion calls for a majestic salad.

Who would have thought a knobby, ugly root vegetable, sweet tropical fruits and a nasal clearing infused dressing could be so good?

This Guava Salad is no simple flavour combination and you’ll be surprised how fantastic it tastes!

What could be more scrumptious than whole roasted baby cauliflower?

Combine them with spiced chickpeas and beetroot tahini, and you’ll have a middle eastern inspired salad that won’t disappoint. 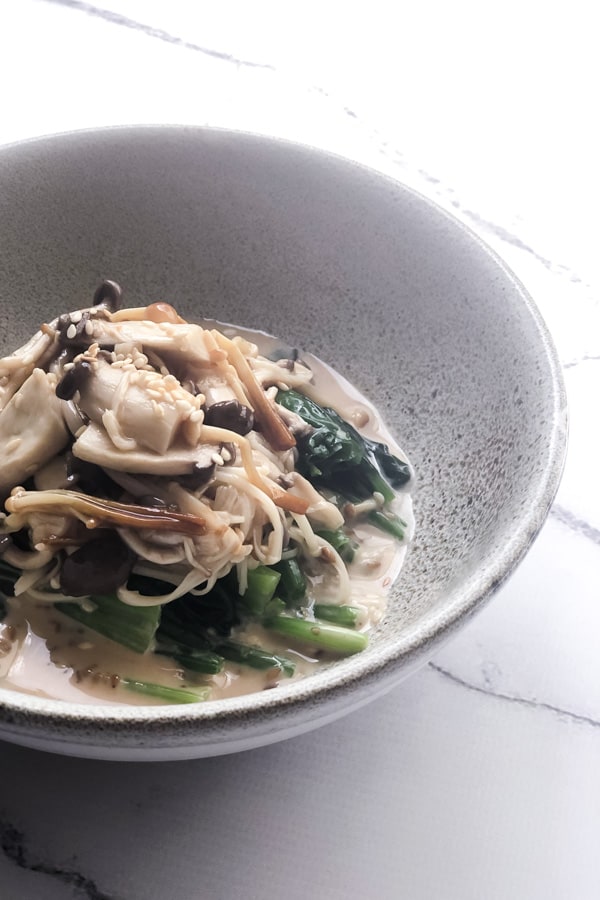 Delicate tangy flavours with a meaty bite, marinated Japanese Mushroom Salad over fresh spinach makes a delicious side dish to zest up any meal.

We hope you love our collection of no cilantro salad recipes. See, us cilantro lovers can continue to live with you in culinary harmony!

All jokes aside, we do understand and we do actually create recipe specifically without the “offending” herb.  We hope you’ll enjoy these recipes as much as we do!

Looking for a main course to pair well with our delicious salads? Check out our collection of recipes. You’ll be spoilt for choice!